India has banned more than 100 additional apps with linkage to China including popular mobile game PUBG this comes after recently banning TikTok the popular social media in the country citing cybersecurity concerns as geopolitical tensions escalate at the two neighboring nations’ disputed border.

On Wednesday, India’s IT Ministry ordered to ban 118 apps that it said were “prejudicial to sovereignty and integrity of India, defence of India, security of state and public order.” The move will help “safeguard the interests of crores (tens of millions) of Indian mobile and internet users. This decision is a targeted move to ensure safety, security, and sovereignty of Indian cyberspace,” the ministry said.

PUBG — published and distributed in India by Chinese giant Tencent — is by far the most popular title among the newly banned apps. It had more than 40 million monthly active users in July in India, according to one of the top mobile insight firms. According to research firm Sensor Tower, India accounts for over a quarter of PUBG’s lifetime installs. 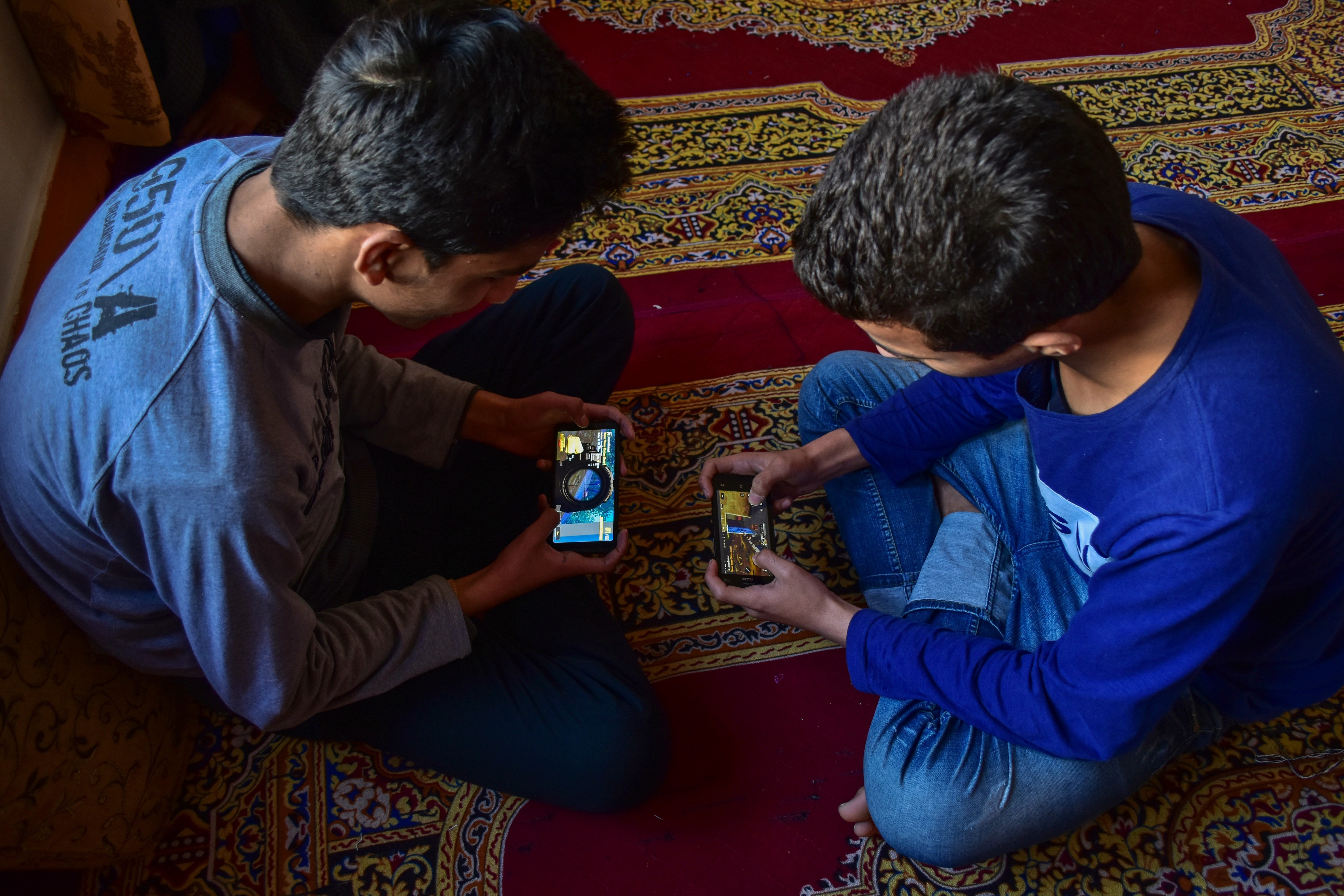 Youths are seen playing PUBG game on their mobile phones in Srinagar, Kashmir.

“The Ministry of Electronics and Information Technology has received many complaints from various sources including several reports about misuse of some mobile apps available on Android and iOS platforms for stealing and surreptitiously transmitting users’ data in an unauthorized manner to servers which have locations outside of India,” the Indian ministry said in a statement. “There has been a strong chorus in the public space to take strict action against apps that harm India’s sovereignty as well as the privacy of our citizens.”

New Delhi-based digital advocacy group Software Law and Freedom Centre expressed concerns over the grounds on which the ban was issued.
“India unfortunately lacks both a data protection law and a comprehensive cybersecurity policy. The ban has highlighted the need for transparency and accountability in the committee proceedings as well as in the executive decisions banning applications or websites,” it said in a statement.

Tensions between the world’s two most populous nations have been swirling since early this year and escalated after more than 20 Indian soldiers were killed in a military clash in the Himalayas in June.

Ever since, “Boycott China” — and variations of it — has trended on Twitter in India as a growing number of people post videos demonstrating destruction of Chinese-made smartphones, TVs and other products.

In April, India also made a change to its foreign investment policy that requires Chinese investors — who have ploughed billions of dollars into Indian startups in recent years — to take approval from New Delhi before they could write new checks to Indian firms. The move has significantly reduced Chinese investors’ presence in Indian startups’ deal flows in the months since.

You can follow us on social media to stay up to date on the latest releases & privacy news:

You can sign up for DigibitVPN by clicking HERE to avoid these blocks ensure you have a good VPN & get back to enjoying free internet.

True privacy shouldn’t break the bank! This is our right! So grab a 20% discount on our VPN with promo code “NOLIMITS” meaning you can sign up NOW for £2pm.